Celebrating the 100th anniversary of the Republic of Estonia, the exhibition Related by Sister Languages examines the points of intersection between Nordic, Baltic and Central-European history and experience in the present of the 21st century, where Estonia and Hungary are both building their futures within the bounds of the European Union.

The majority of works exhibited at the present show of eight Estonian and six Hungarian artists and artist groups have been created in recent years, reflecting on current topics and are on display for the first time in Budapest. These are augmented by pieces selected from the museum’s collection, to further interpret and reflect on the questions raised by Estonian contemporary artists – our language sisters.

Hungarian and Estonian are both languages of Finno-Ugric origin, even if this scientifically proven fact is questioned from time to time. The controversy about our Finno-Ugric roots dates back to the 18th century, and in addition to linguistics, extensive archaeological, historical, ethnographic, anthropological and even genetic research has been devoted to revealing the nature of this kinship. Living thousands of kilometres apart for centuries, the Estonian and Hungarian people have undoubtedly taken entirely different historical courses, and although genetically we no longer have much to show for it, our language (which is at once the basis of our thinking) connects us.

Questions of national identity and values as well as national independence are often on the table these days, when the unity of Europe is constantly being put to the test by wars and crises. The notion of nation is closely tied to language and culture, while it is also a historically changing idea incorporated into the notions of state, country, or homeland. Kaido Ole’s large-scale installation shows the imaginary “beginnings and ends” of Estonia. But does history indeed have a beginning and an end, or only the bounds and forms keep changing?

The works of Société Réaliste bring attention to the frequent shifting of state borders on the European continent throughout history, while the works of Ilona Németh or Tanja Muravskaja point out the consequences of historical cataclysms via personal destinies: the fate of refugees, homeless people and minorities, as well as those complex legal and political frameworks and the emotional state amidst which citizens of any given country live. Kristina Norman’s film explores similar problems through the symbolic theme of an Estonian folk song and the Estonian Song Festival.

Our everydays are increasingly pervaded by readiness for war: units of professional and volunteer troops are preparing to protect their borders and homeland (Tanja Muravskaja); civilians are re-enacting war to recall a glorious past (Tehnika Schweiz).

Marko Mäetamm’s works are absurd chronicles of disasters and terrorist attacks from the perspective of the common man, whose cosy little world is suddenly disrupted by global events: refugee crisis, climate change, war in the Middle-East, social gender issues, or environmental pollution. The feeling of helplessness is relieved by black humour: “sit back, relax, and enjoy the rest of your life” – says the pilot to the passengers of a plane that is about to crash.

But what is the “duty of the painter” in the 21st century, in this turbulent, chaotic situation? The works of Ákos Birkás divert our attention from great events and political manipulation to the individual, to the value and fragility of human existence, to glances and gestures, much like Kaido Ole, who reaches questions of life and death by exploring the devices and formal features of painting.

Hajnal Németh’s opera is based on the dialogues of car crash survivors in an attempt to capture the critical moment just before the accident. The car is one of the most important products of consumer society, the motor of the economy, and people are capable of great sacrifices to obtain it. But expensive clothing, jewellery and accessories can also be status symbols: Marge Monko raises awareness of the advertising industry’s mechanism of action and the female roles shaped by it, as commodities and the alienated female body both appear as objects of desire.

Money and success can be measured in goods obtained, but it can also be visualised otherwise: sensitive to the dysfunctional nature of capitalism, the Johnson and Johnson artist duo’s work illustrates the extent to which the state esteems its public servants as opposed to the five leaders on top of the pyramid. Made up of badges from tabloid headlines, their interactive installation brings attention to undiscriminating media consumption and the dangers of manipulative, sensationalist press.

In order to escape the aggressive outside world, the private sphere, the home – and perhaps art – may serve as refuge, over which we have power, the world of which we can shape. Dénes Farkas builds an archive from photographs and texts, where seemingly insignificant elements of reality comprise a sort of fragmented, deeply personal encyclopaedia where text and image interfere with one another. Péter Puklus photographs objects made by him, arranging the images into a book and drawing new correlations between them. Flo Kasearu makes a private museum out of her own family legacy, her home, and as its director, she manages reconstruction and exhibition projects as well as exchange programs – life and art become inseparable here, this fusion turns into a survival strategy.

The majority of works exhibited at the present show of eight Estonian and five Hungarian artists and artist groups have been created in recent years, reflecting on current topics and are on display for the first time in Budapest. These are augmented by pieces selected from the museum’s collection, to further interpret and reflect on the questions raised by Estonian contemporary artists – our language sisters. 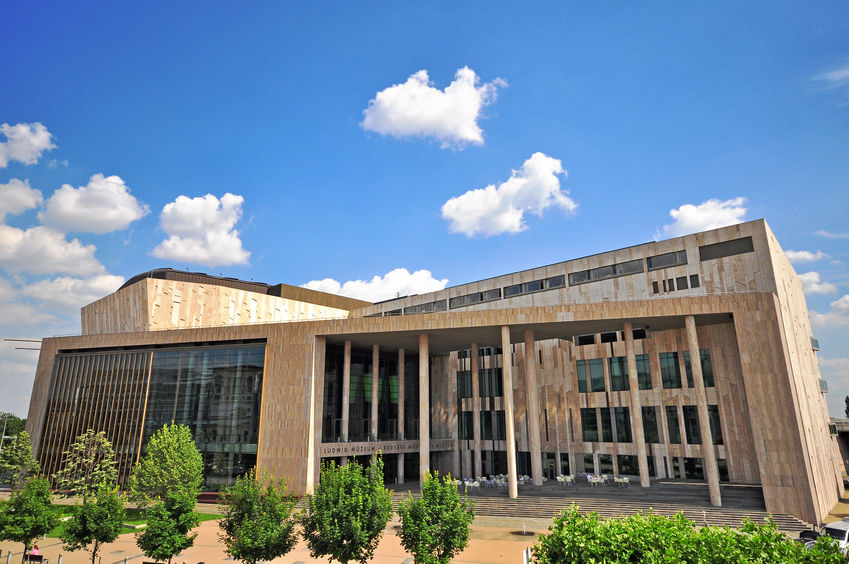