The legend of Gül baba’s roses

The tomb of Gül is on the southeast slope of Rózsadomb – a small garden enclosed by walled walls. Gül baba – whose reputation is well known throughout the Mohammedan world – was born in the small Asian province of Sivas in Merzifun. As a member of the Bektashi dervish order, one of the monastic orders of Islam proclaimed the word of the Koran to serve a variety of sultans.

The order he belonged to was founded by Hadzsi Bektas Veli in the XIV. at the beginning of the century. Their central monastery (which is where they found its founders, which is today a museum) is in the Hadzsi Bektas in Turkey. There has been a very close relationship between the members of the Order and the janissaries over time. Orders – the Dervis – engaged in cultivation and industry in peaceful times, or cultivated a branch of arts in their monasteries, in the “tekke”, during the war, but with swords in their hands they were fighting for the victory of the Islamic armies as true “hitharcos” gaza “- victorious – or” sehid “, a martyr.

Even at the beginning of the Turkish world, around the phenomena of Gül baba, mysteries and legends sprang. His name – means “Rose Father” in Hungarian. Evlia Cselebi, a Turkish world traveler and historian, describes the legendary circumstances of the death of Gül baba. On September 2, 1541, on a Friday in the Temple of the Blessed Virgin, which was transformed into a mosque, – today it is the Matthias Church, – during the prayer for the legendary Sultan of Suleiman who occupied the city and for the sake of his victory, Gül baba died. The Sultan of Suleiman also attended the funeral. “Lawgiver” Sultan Sulaiman, according to the legend, handed Buda to the first Turkish Turks of the city, Suleiman Pasha, that “Gül baba” is being the guardian of Buda, his care should be upon him! ”

The grave structure was built by the third buddha, Jahjapasazáde Mehmed, over the tomb in the period 1543-48. The layout of the building is a regular octagon. Its exterior facade wall is made of finely carved sandstone tiles, and its only decoration is the mirror fields that form the side walls. The turquoise is covered by a hemisphere, to which the transition can be seen in the inner space – and its only decoration – a blind donkey horn.

Its remembrance is surrounded by a covered pillar hall between the remnants of the Wagner Villa. In 1914 it was declared a monument. The first monumental reconstruction was completed in 1918. The turquoise itself was restored following the results of the research carried out in 1962, according to Pfannl Egon’s designs. At that time, the skylight over the door opening was unveiled and a single stone frame-top skirting-skylight window was restored to the turf, and the cupola was covered with a copper plate cover. The red marble floor was also made. After the continuous deterioration in the 1990s, a renewal of the tide was carried out.

The grave of Gül was a pilgrimage site densely visited during Turkish times. Evlia Cselebi also visited the tomb when he was in Buda between 1660-64. He recalled the memories of his visit to some improvised poems written on the wall of the turmoil, which were destroyed during the post-recapture transformations. Their text is known only from Evlia’s work. He also described the rich and fanciful furnishings of the turk, which had been removed after Turkish times. 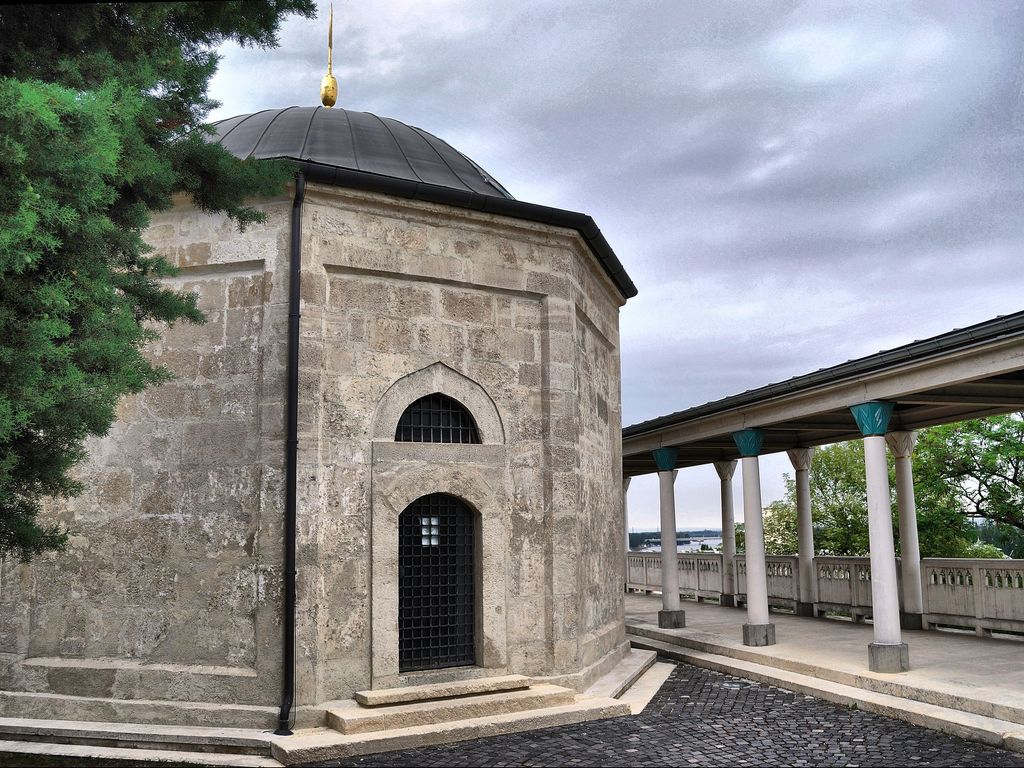