The Hungarian Parliament Building – aka Országház in Hungarian – is the seat of the National Assembly of Hungary, a landmark and symbol of the country and one of the top 10 most popular visitor destination in Budapest. Situated in Kossuth Lajos Square, on the bank of the Danube at the Pest side is the largest building in Hungary and the tallest one in Budapest.

1.) The building was planned to face the river, an international competition was held, and Imre Steindl emerged as the winner; the plans of two other competitors were later also realized in the form of the Ethnographic Museum and the Hungarian Ministry of Agriculture, both facing the Parliament Building.

2.) Construction from the winning plan started in 1885 and the building was inaugurated on the 1000th anniversary of the country in 1896. It was completed in 1904.

3.) The architect of the building went blind before its completion.

5.) During its construction, it was the express intention to make the building out of Hungarian materials with the work of domestic craftsmen and manufacturers, while reflecting the vegetation of the surrounding Carpathian Basin in its ornamentation.

6.) The shaping of the House of Parliament grew out of conscious choices of symbolism and carries important historical and political messages. Viewing it from the side of the Danube, we see the halls of the lower and upper houses rise on both sides of the dome surrounded by turrets, which evoke the memory of the bicameral parliament that was in operation when the building was being constructed. The two halls are completely identical in size and shape, thus expressing the equality between the representative lower house and the historical upper house. The dome rising between them signifies the unity of the legislature as well as serving as the venue for joint sittings of the two chambers.

7.) The building blends elements and motifs of various architectural styles: its floor plan is Baroque, the façade ornamentation evokes the world of Gothic, and the decoration of the ceiling shows stylistic elements of the Renaissance.

11.) Its layout is symmetrical with the main spaces forming a cross shape and the dome rising at their intersection. Inside the building, there are 10courtyards of various sizes, 13 lifts and hundreds of offices. The rooms are linked through a system of endless corridors.

12.) Inside and outside, there are altogether 242 sculptures on the walls.The façade displays statues of Hungarian rulers, Transylvanian leaders and famous military figures. The coats of arms of kings and dukes are depicted over the windows. The eastern staircase is flanked by two lions. When entering the Parliament, visitors can walk up great ornamental stairs, see frescoes on the ceiling and pass by the bust of the architect, Imre Steindl, in a wall niche. Other statues include those of Árpád, Stephen I and John Hunyadi.

13.) One of the famous parts of the building is the hexadecagonal (sixteen-sided) central hall, with huge chambers adjoining it: the Lower House and the Upper House. The modern National Assembly is unicameral and meets in the Lower House, while the Upper House is used as a conference and meeting room.

14.) The red carpet that runs throughout the building is nearly 3 kilometres long.

15.) The building provides a home for the legislature, a place of safekeeping for the Hungarian Holy Crown, and a workplace both for the 199 Members of Parliament and for the nearly 600 people who assist them. Currently, the building also houses the offices of the Prime Minister and his support staff.

16.) The Holy Crown of Hungary, which is also depicted in the coat of arms of Hungary, has been displayed in the central hall since 2000.

17.) The heating and ventilation system in the building – which was quite a sensation in its day as one of the most modern such systems in Europe – works perfectly even today after some updating. The hot steam from the furnace room located in a nearby facility reaches the various rooms through a distribution chamber and radiators. Originally, the air was cooled with cold air that entered the building through the fountain with two pools on the square. With the removal of these pools between the 1930s and 1994, the building was cooled with many tons of ice piled up in two huge shafts.

18.) Due to its extensive surface and its detailed handiwork, the building is almost always under renovation.

If you wish to visit the Hungarian Parliament, you can find all FAQ from the opening hours, ticket prices to the dress code HERE 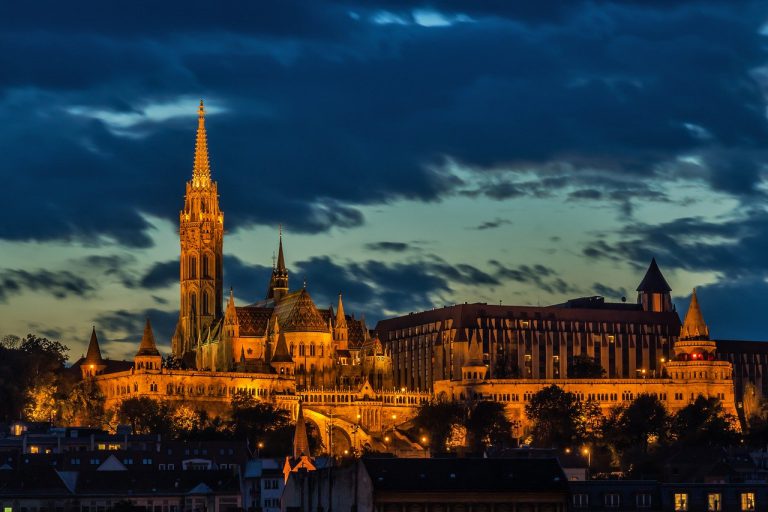 BUDAPEST CARD – The key to the city

Get the most out of your stay! What is the BUDAPEST CARD? The card provides access to a set of […] 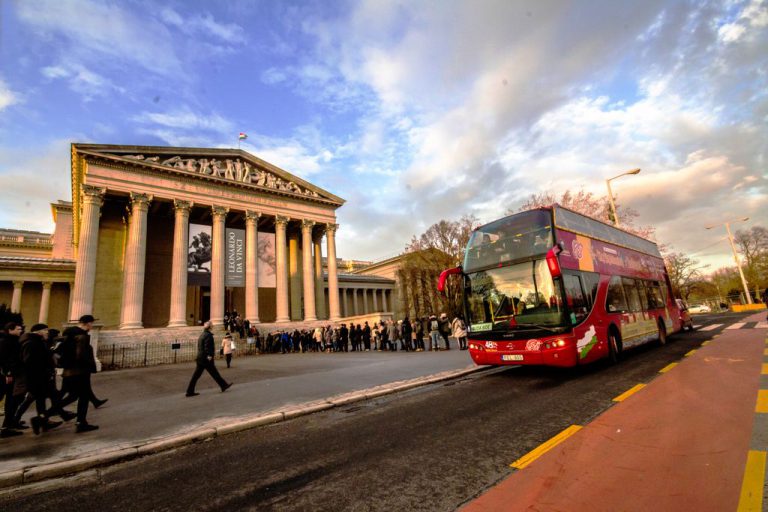 GET THE MOST OF BUDAPEST ON THE CITYSIGHTSEEING BUDAPEST RED LINE

Ready to discover the beautiful architecture, the best market places, the best bars and restaurants in Budapest? Then City Sightseeing […]