Caffeine & Sugar – A Budapest culinary walk for the sweet of tooth

19th Century Budapest was famous far and wide for its elegant cafés, which meant more than just a steaming cappuccino or delightful torte, for they also functioned as the centres of artistic and literary life. Nearly 600 cafes operated in the Austro-Hungarian Empire’s co-capital at the time of the millennium celebrations in 1896. In the tumultuous 120 years that have followed since, the city’s cafés either flourished or nearly disappeared. Today, visitors to Budapest can wonder at a handful of these masterfully renovated institutions that have been restored to their original splendour. Text by Júlia Csikós, photos: Pixabay

In addition to historical cafés, we can taste rare new wave coffees or handmade sweets in an increasing number of exciting and modern locations. Which places are worth a visit? Budapest’s Finest accompanied Gabriella Andrónyi, the founder of Splendid Budapest Tours on a culinary adventure into the world of coffee and confections.

During the tour our small group visited six different cafés and confectionaries, with each stop being a thoughtfully selected and unique location, which in its own way excellently illustrated an exciting slice of Budapest’s “sweet life”. Our tour visited the hidden Mantra Speciality Coffee Bar, where we could sample a variety of filter coffees, while our tour guide introduced us to the history of coffee in Hungary. For example, why did our ancestors call this drink we inherited from the Turks “black soup”?

Literature is guilty of associating coffee and the Turks with the phrase “there’s still black soup left to drink”, which is sometimes said at the end of a meal. According to the anecdote, the Turkish occupation of Hungary and Buda Castle occurred through trickery. The pasha invited the Hungarian lords to be his guest, and at the end of the meal the mention of coffee was the signal to the janissaries to unsheathe their swords and arrest the noblemen. The truth is that although coffee and coffee culture made its way to our ancestors via the Turks, Hungarian cuisine was already acquainted with black soup. This thick, dark-coloured soup or dip was made from the lungs, liver and blood of a rabbit, duck or other small farm animal. This richly spiced and slightly sour sauce was probably only served at the end of a meal in order to assist digestion.

Following Mantra, our journey led us to a family-owned bonbon shop, Rózsavölgyi Csokoládé, where we tried beautifully prepared handcrafted bonbons that spanned the range from spicy paprika to cardamom and lavender. En route we cut through one of downtown Pest’s oldest palace parks, the Károlyi Garden, as the informal atmosphere inspired our international tour group to begin listing our favourite confections and recipes.

Halfway through the tour we held a break at the legendary Central Café, where standing beneath a portrait of the noted poet Endre Ady we learned who the café’s famous artistic guests were in the past. In memory of happy days gone by, we ordered a Viennese coffee alongside a slice of Dobos torte. From there we walked to the recently reopened Jégbüfé (“Ice Buffet”) located nearby. After all of these sweet flavours, it was absolutely wonderful to bite into a freshly baked pogácsa (Hungarian savoury scone). We continued to our next stop, the tiny macaron shop Chez Dodo. With their refined pastel colours and various flavours, the macarons momentarily transported us to Paris, without us ever leaving the heart of Budapest. Due to its open kitchen, we also caught a glimpse into the process of making macaron magic.

Our last stop awaited us near Saint Stephen’s Basilica. The elegant and modern Damniczki confectionary entices people with its truly “reimagined classics”, but in addition to its take on mákosguba (poppy-seed dough), lúdláb (chocolate cake), and salty peanut mousse, it also offers more traditional flavours. We tasted the chimney cake and a typical Hungarian delight, the Rigó Jancsi torte, although considering the high temperatures outside, some would have preferred a refreshing scoop or two of ice cream.

The tour’s three and a half hours seemingly passed in the blink of an eye, despite our traversing a wide breadth of downtown. Enriched with numerous stories, experiences and tasty sweets, we planned to burn off the calories with a stroll along the Danube. We left the tour in the knowledge that no visit to Budapest is complete without a dollop of caffeine and sugar.

The Rigó Jancsi torte could worthily compete for the title of most romantic Hungarian sweet. This chocolate mousse layered sponge cake cube was named after the famous Hungarian Gypsy violinist János Rigó in the 19th century. The musician was already considered an immense talent in his childhood, and he toured Europe with his band as groups of female fans followed every one of his steps. Or at least until he met Clara Ward, the love of his life, in a Parisian restaurant. But Clara was betrothed to a Belgian duke! The American lady nonetheless cast her lot with the Gypsy violinist, and accompanied him everywhere on tour for the following eight years. The incident resulted in an international scandal, and the torte was named after the violinist by a confectioner in Pest as an early example of marketing genius. 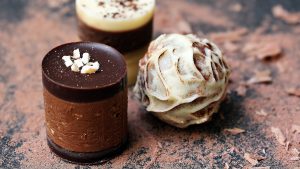 Preparation: Separate the eggs and whip the yolks together with the sugar until frothy. The egg whites are to be whipped until frothy, at which point blend the two. Gently combine it with the cocoa powder and flour mix. Line the baking tray with butter and a fine layer of flour, into which the mix should be poured to a height of 4cm, after which it should be baked in an oven preheated to 180°C for 10-12 minutes.

Preparation: Melt the dark chocolate in a metal pan over boiling water, stirring regularly. The chocolate should not become too hot (40-45°C). Set part of the melted chocolate aside for the cream. Cut the cooled sponge cake into two layers of equal size. Cover one of the cakes with chocolate, and then cut it into 5x4cm squares once it begins to harden.

Combine the remaining melted chocolate with a quarter of the whipped cream, and then carefully combine it with the remaining cream. This should result in a very light but also very chocolatey cream. Spread this across the other layer of sponge cake evenly and thickly with the aid of a cardboard frame. Be careful, for the cream will solidify quickly. Place it in a refrigerator. Place the previously made chocolate topping onto it, then slice with a knife that has been dipped in warm water. 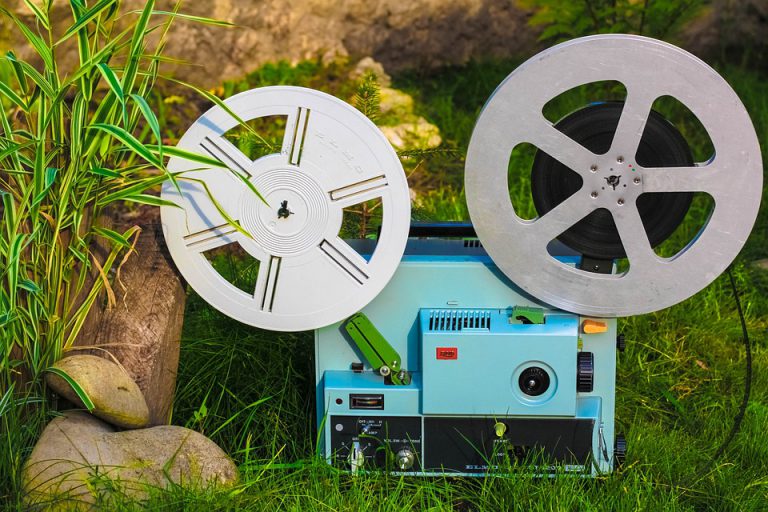 Outdoor cinemas in Budapest over the summer

For movie fanatics and for those, who enjoy outdoor cinemas over the summer, we have good news. Two new outdoor, […] 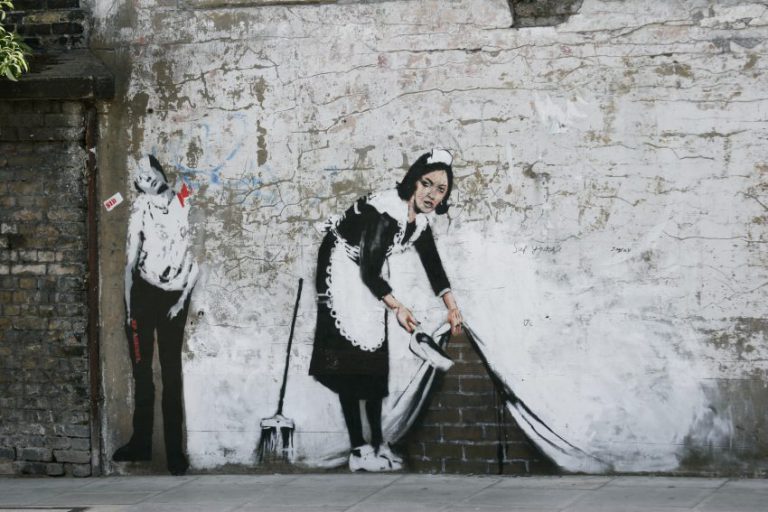 Last chance to visit the Banksy exhibition in Budapest

In case you have not visited yet, the international travelling exhibition, The Art of Banksy “without limits” is open for […] 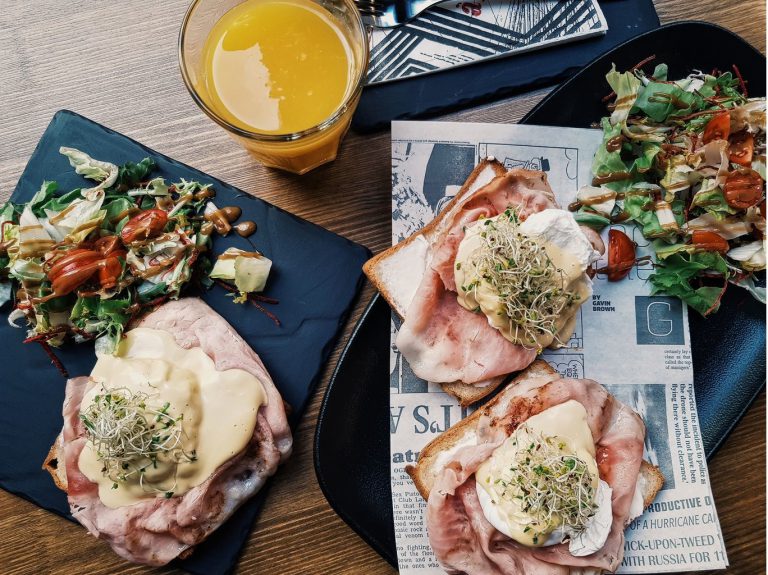