Evening Concerts at the Zoo – the last chance

The eightteenth season of „Evening Concerts at the Zoo”, the popular open-air concert series come to the end: tonight will be the last event. So don’t miss the opportunity to enjoy the last jazz concert at Budapest Zoo and Botanical Garden.

The remaining act will be A Dash of Broadway with the songs of George Gershwin presented by Júlia Karosi and Tamás Bényei. 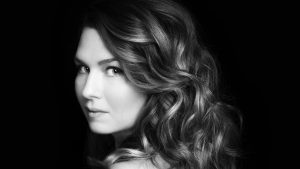 Some interesting historical facts about the connection of the Zoo and Music:
The Zoo has a significant musical tradition in any case, because our forefathers in the late 1800s, also often organized musical concerts and events; in fact, at that time there was a dedicated bandstand in the garden area, donated by Count Palffy. In the 1910s the Zoo had its own symphony orchestra, led by conductor Henrik Wieschendorff. Hungarian Radio, launched in the ‘twenties, broadcast its first concert from their institution. After the Second World War, the Filharmónia Company organised concerts in the former open-air theatre, which is where the Japanese Garden is located nowadays. After this, musical events were almost completely absent for decades. The revival of the Zoo’s musical traditions began in the mid-1990s with a concert by the Budapest Festival Orchestra. Since 2002, they have organised the Musical Zoo Evenings concert programme every summer.

The concert ticket enables you to take a romantic walk through the Zoological Gardens from 7 p.m. and at 8:30 p.m. the announced concert will begin. The concert itself will be held on the zoo’s Főtér (Main Square).
In the case of rain, will be held at the same time on the following day. For detailed rules in case of rain please read HERE

Seats are taken in order of arrival.
Our premium ticket guests may take a seat near the stage, in padded chairs. Premium seats must be occupied by 20:30 at the latest. Any premium seat not occupied by this time may be used by any guest holding a seated ticket.

*If all seated tickets are sold out, additional standing tickets are available at the zoo’s ticket office from 19:00 (2500 HUF) on the concert’s day.

Good music, exceptional setting, light summer breeze… what else do you need to have a memorable summer evening?

The latest album from Júlia Karosi was released for the 120th anniversary of George Gershwin’s birth. Well-known songs with a new, modern and special sound, presented by the young jazz singer. At this concert, apart from the Karosi Júlia Quartet the RTQ string quartet, led by Balázs Bujtor.