Besides the historical traditions and the faithfully refurnished rooms which satisfy the most scrupulous demands of protocol, the programme of colourful cultural events on offer makes the Gödöllő Royal Palace one of the most inviting and exciting institutions and tourist destinations in Hungary today.

Gödöllő Palace permanent exhibition is housed in 31 galleries. The beautifully restored halls reveal the complete story of the Palace, from the builders, the Grassalkovich family, via the royal summer residence up till the present day.

The second golden age of the building began in 1867. Bought and reconstructed by the Hungarian state, the palace was presented as a coronation gift to Emperor Francis Joseph I (1830–1916) and Queen Elizabeth (1837–1898) for use as a residence. The royal period is evoked in 14 galleries: the faithfully restored royal suites and the ceremonial hall.

This exhibition displays relics of the cult of the Hungarians’ beloved queen, established during her lifetime and still extant today, set up in the former reading room and the suite of Ida Ferenczy, the Queen’s Hungarian reader.

In the southernmost wing of the Palace, Count Antal Grassalkovich II (1734–1794) had a theatre auditorium constructed between 1782 and 1785. 24.5 m long, 8 m wide and 9.5 m high, the space resulted from making the formerly 3-storey wing into one. The walls were decorated with Neo-classical, late Baroque paintings. The theatre was in operation only when the Count was in residence at Gödöllő.

The story of the theatre came to an end in 1867 when it was converted into rooms for the entourage of the royal family.

Reconstruction was completed in August 2003, since then it has provided a venue for high standard performances, and it is now open to museum visitors.

The Palace park was divided by the building itself into upper and lower gardens. An outstandingly unique feature of this ornamental garden is that it was not located in front of the main façade, but is a continuation of the inner court bordered by the wings of the palace. The French garden was converted into an English landscape garden by the wife of Antal Grassalkovich III in 1817. 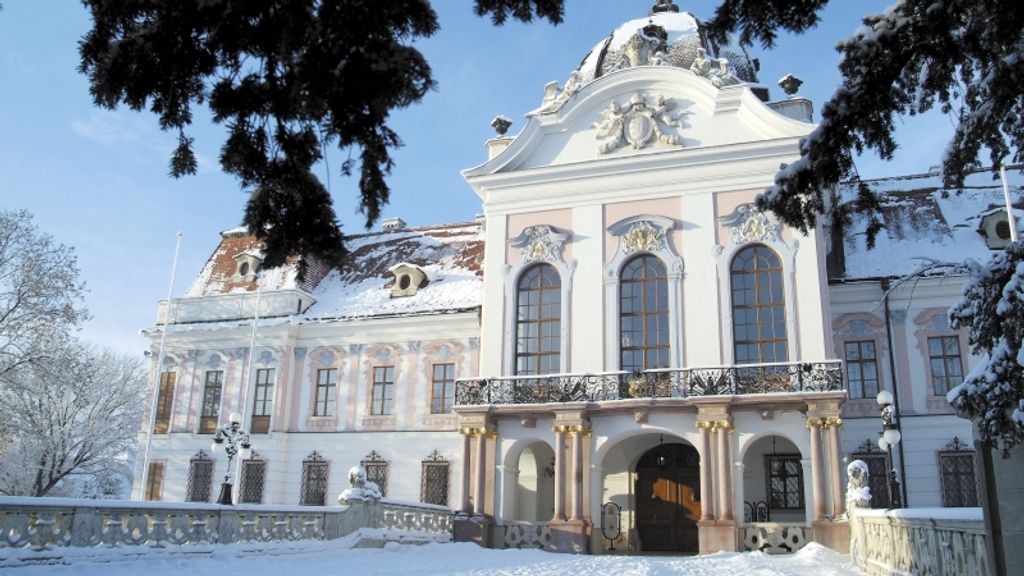 Events in a royal environment

Surrounded by a picturesque park and with its halls suitable for hosting several hundred people, the historical building complex is a perfect spot for company or family events.

The attractive features of the location make it a perfect venue for family and company events, or getting together with friends. The Palace is only a 15-20 minute drive away from either Budapest or Ferenc Liszt Airport, so it is an ideal spot for those needing to get to the capital or the airport quickly.
Many years of experience
Full-service event planning
Quality catering