The meeting point of the local bohemia

People wishing to be healed came from all over the world. For its unique and charming atmosphere, Lukács bath was always a beloved location and meeting point of the capital’s artists as well.

In the 12th century, knights of the order of Saint John engaging in curing the sick settled in the area of today’s Lukács Bath, followed by the orders of Rhodos and Malta, who built their monasteries baths as well. The bath operated through the time of the Turks but the energy of the springs was used primarily to produce gunpowder and for grinding wheat. After the reoccupation of Buda, the bath became the property of the Treasury. In 1884, Fülöp Palotay purchased the bath from the Treasury, thus a series of transformations began. The spa hotel was built, an up-to-date hydrotherapy department was established and the swimming pool was transformed.

The drinking cure hall of the Bath was built in 1937. The first department to ensure complex thermal bath facilities was established in 1979 in Budapest, in the Lukács Thermal Bath.

St. Lukács Thermal Bath is also famous for the complex balneological care and outstanding medical attendance. Visitors can treat themselves with private bathing or various types of massages as well, not to mention the sauna world of the bath.

Following the visitor’s successful healing cure, they placed marble tablets o­n the wall of the Bath’s courtyard to express their gratitude.

Surprise yourself and your beloved ones with an unforgettable bath experience. 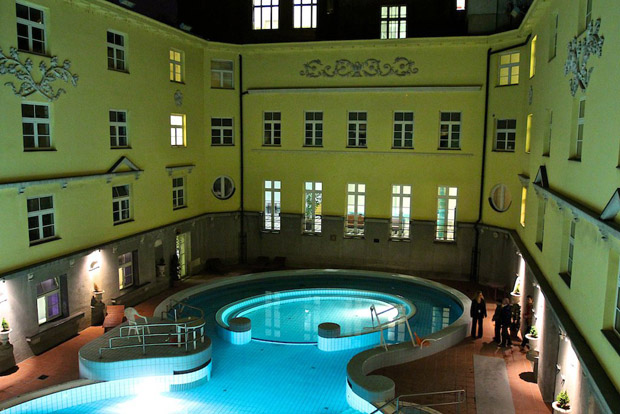